Review of the OECD’s proposed “Unified Approach” under Pillar One

1.          Of particular interest to a new digital tax, actual and fair taxation to be required for multinational IT companies (“IT-MNEs”) in a concentration of digital-economic powers with their non-physical presence to fall under the Inclusive Framework on Base Erosion and Profit Shifting (BEPS), is the international society so having reached a meeting of our minds on the basic purpose of setting the OECD/G20 BEPS Actions. And we were going to do so. We already knew the global market was more and more integrating between digital economy and international trade, the fact that the early report by OECD (2015) estimated indicating about 4–5% losses of the global corporate income tax revenue, (i.e.), annually 100–240 billion dollar, due to these IT companies, (e.g.), Google, Apple, Facebook, Amazon, et al. They did. Those lions’ share hadn’t got to be above our suspicion at their tax evasion through transfer pricing. We were supposed to do our fair share, would be fixed to take their unfair share into our taxable income, and now we’re opening the door of possibility to set the new nexus and profit allocation rules into the OECD’s proposed “Unified Approach.”

2.          But, unlike this basic pledge by the international society, then G1 recently gave OECD a bum steer to fizzle it out—outdoor of IT, then now they have been meaning to overturn our agreement out of the blue by inflating its scope outside of IT. It’s wrong with its scope. It’s against our common sense, agreement to set this new rule into the other scopes. In fact, that meant these scopes not only could deal with consumer-facing businesses, but also might include such manufacturing businesses—(e.g.), automotive industry, consumer electronics industry, smartphone industry, semiconductor industry, or even cosmetic industry—(i.e.), over the whole industry based in the global supply chain. It’s wrong in the digital taxability to expand one scope into the other sectors as if this scope would integrate every consumer business provider or manufacturer into the consumer-facing business at all. That scope is so wrong; it’s too widely distorted by someone else. Ho, Uncle Sam! Did you do that? As a matter of fact, unless we’ll exclude these manufacturing businesses from this “Unified Approach,” that shall overturn the multilateral trade system as well as the international tax system on one’s own ways. In this regard, Korean civil society is now seriously concerned about the world war of the digital taxation that can beat both the system and join to pillage others’ tax revenue.

3.          Hence, we the citizens register a strong protest with OECD over the one’s distorted “Unified Approach” to inflating this scope of digital taxation out of the IT business into the other businesses based in the manufacturing supply chain, in the same scope as this large consumer-facing business; on the grounds that tangible assets of the manufacturer’s own are appreciably different from intangible assets of the IT enterpriser’s transferability and erosivities with non-physical presence. So we make a review of the Secretariat Proposal for a “Unified Approach” under Pillar One, as the following comments: *See [CCEJ] Comments by Korean Civil society (En) Rev.2

[1] This statement was contributed by our true activist, Hochul Jung (hcjung@ccej.or.kr) and our peer reviewers, Prof. Hyochang Pang (hcpang@doowon.ac.kr) and Prof. Hoon Park (phn@uos.ac.kr) in order to give our comments to the Task Force on the Digital Economy at OECD (TFDE@oecd.org), to facilitate the G20 BEPS Project; and in the new order to take their BEPS Actions for the digital taxation of Information Technology Multinational Enterprises in the name of the “Google Tax.” 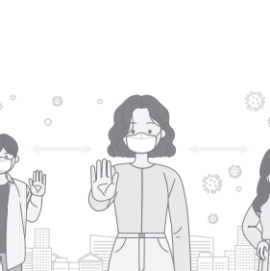